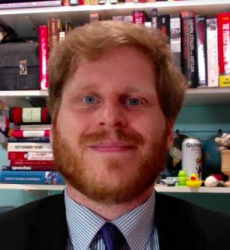 Cenlar Agency Incorporated is a financial services company that specializes in home mortgage servicing. After a bank or other lender signs a mortgage with a homeowner, the lender may sign over management rights to a mortgage to Cenlar. Cenlar then holds the homeowner’s debt and manages its payment. If a homeowner fails to pay their mortgage, Cenlar becomes the debt collector and attempts to recover the money from the homeowner.

In 2019, a Massachusetts homeowner brought a class-action lawsuit against Cenlar for their debt collection practices. The homeowner accused Cenlar of making repeated, pestering debt-collection calls in violation of consumer protection laws in place in the Commonwealth of Massachusetts. In 2020, Cenlar settled with the plaintiffs in the case.

Cenlar’s corporate history began as two separate financial services companies. The first, Centennial Savings and Loan, was formed in 1912 as a traditional savings and loan bank. The second, Larson Mortgage Company, was formed as a mortgage lending company in 1958. Both companies operated in the financial services field. Both were the primary lender on home mortgages, while Centennial also provided banking services. The two operated as separate entities until 1984 when the two merged to form the Cenlar Agency.

Cenlar continued to provide everyday lending services, including primary mortgage lending, personal loans, checking, and saving services until 1997. During that time, Cenlar transitioned to only mortgage servicing and shed their other lending operations. Since then, Cenlar has become the largest mortgage servicer in the United States. Numerous national lenders such as Citibank, Fannie May, and Freddie Mack transfer their mortgages to Cenlar.

Primary lenders like banks or savings and loans typically transfer their mortgages to a servicer so that they are not financially over-leveraged. Primary lenders have a limit to the value of debts they can acquire to the amount of money they can produce. If all of their debts default, then they must have money ready to cover the losses. Therefore, primary lenders may offload that risk to companies like Cenlar and are no longer responsible for the homeowner’s debt. This frees the primary lender to take on more debts or operate at lower risk.

Mortgage services like Cenlar must have the money to cover the debts as well. However, mortgage servicers are supported by investors who give them a sum of money to be returned at a rate reflective of how the company is doing. Unlike typical financial institutions, mortgage services specialize in the specific financial risks and rewards involved with mortgages.

From that point forward, the servicer and the borrower have duties to each other. The borrower must repay the servicer for their loan amount as they did with the original lender. In return, the servicer has to clear the title on the home if the homeowner completes all of their mortgage payments. If the borrower falls behind on payment, the servicer can bring about foreclosure proceedings. That means that the servicer has an interest in getting the borrower to pay. To persuade borrowers to pay, they may resort to collections methods such as repeated phone calls. 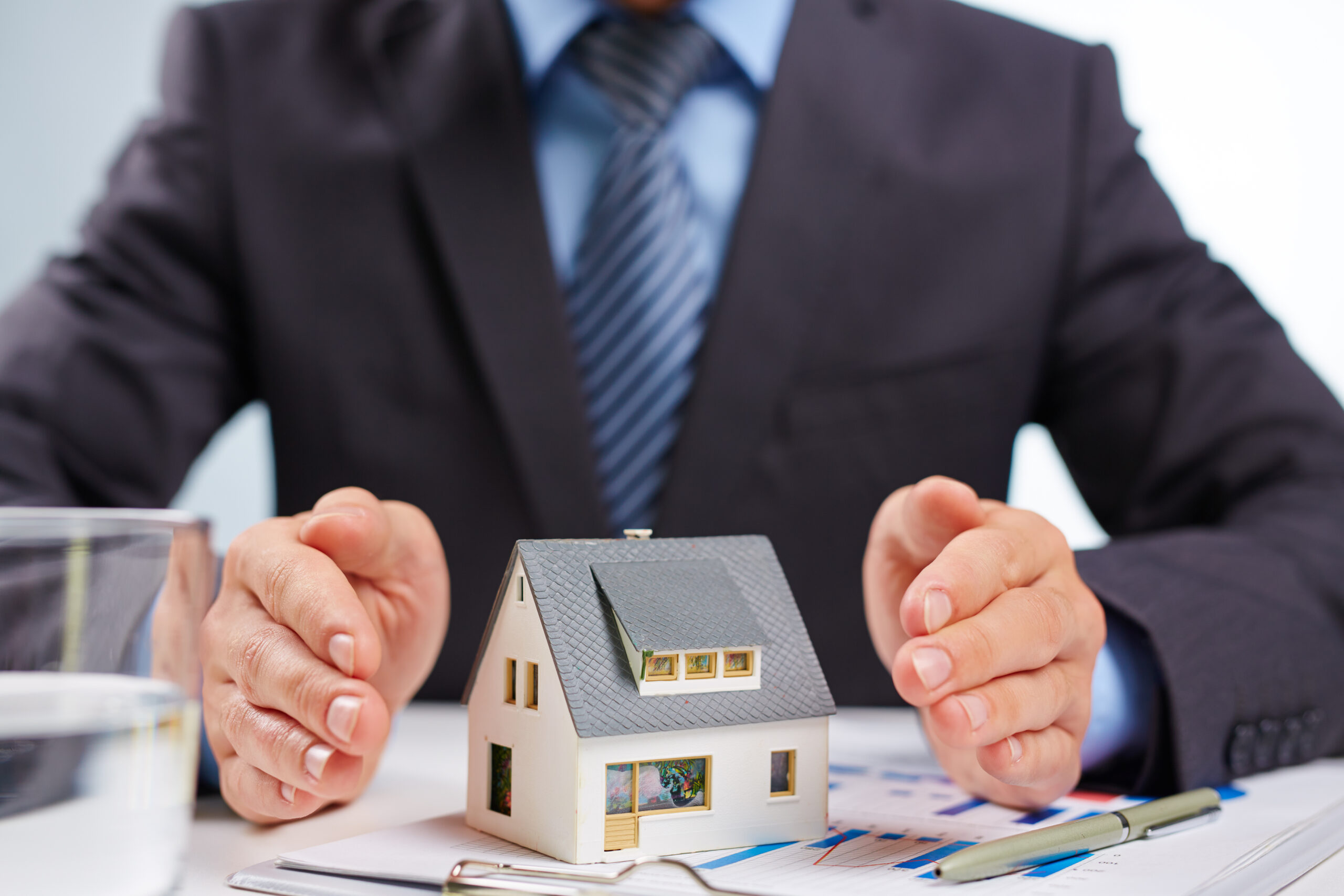 Since Cenlar transitioned into mortgage servicing in 1997, they have acquired several debt collection agencies as subsidiaries. Many of these collection agencies retained their original name but worked under the direction of Cenlar. The agencies operate call and collection centers across the United States. Cenlar turns to them to collect any debts owed on Cenlar’s mortgages. The subsidiaries generally follow up on homeowners with past debts by phone calls, letters, and other standard debt collection practices.

The Massachusetts Consumer Protection Act is state legislation that broadly protects residents from unfair business practices. The term unfair business practices were intentionally left open by the Commonwealth’s legislature to encompass several different types of unfair and discriminatory practices. This means that the digression to hear a case that violates the act is left with a judge in state court who hears the case. Companies deemed to violate the lawsuit may be sued for punitive and compensatory damages in state civil court.

Massachusetts’ Fair Debt Collection Act prohibits creditors from specified collections practices and gives borrowers recourse for unfair practices. It specifically prevents all lenders from calling a borrower more than twice per debt in seven days. It also prevents creditors from calling a borrower’s place of work if they have requested that the borrower not do so. Furthermore, it prevents lenders from talking about any other party about your debt without the borrower’s consent. 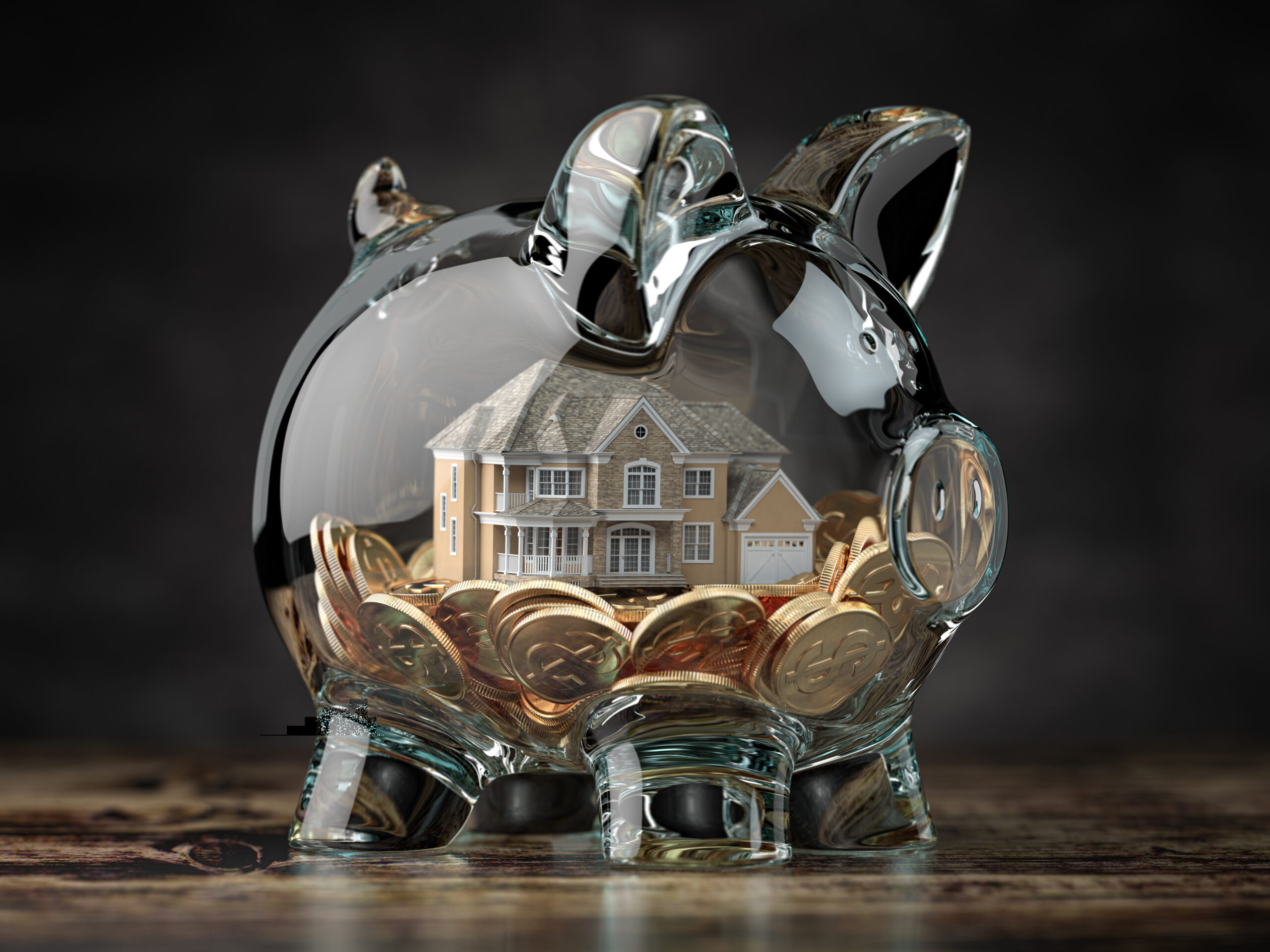 It is typical for lawsuits involving the policies of a nationwide corporation to become class-action suits. This means that a flexible number of plaintiffs may be included in the settlement of the case. Plaintiffs may be added even after the settlement of the case for some time after the resolution of the case, which is not done with a typical civil lawsuit. United States federal law regulates class-action lawsuits via the Class Action Fairness Act of 2005. This act essentially set a test to determine where the suit can be brought: any suit judged to have a value below $5 million could stay in state court, while any suit with a value above $5 million must be handled in federal district court.

Background of the Lawsuit

Ely Gemborys became the first plaintiff in the civil action against Cenlar. Mr. Gemborys took out a loan to buy a home near the central Massachusetts town of Worcester. Mr. Gemborys’ original mortgage lender later signed the rights over to Cenlar to manage. In 2017, when Mr. Gemborys lost his job, Cenlar tried to collect the remaining debt.

Mr. Gemborys alleged that Cenlar and Clenar’s debt collection agencies used phone calls to pressure him to pay his delinquent mortgage. Mr. Gembroys related to them that he lost his job and had no way to pay them back for the debt. However, Cenlar continued to call Mr. Gemborys four times a week for a year to pressure him to collect his debts. Mr. Gemborys claimed that the calls not only wasted his time but also caused him undue anxiety about the repayment of his debt. This drove Mr. Gemborys to hire Lemberg Law LLC to represent him in a civil action.

Mr. Gemborys’ attorneys claimed that Cenlar’s harassing debt collection tactics violated the Fair Debt Collection Act’s specific limits to the number of collection calls that may be made per debt. On November 21, 2019, Mr. Gembory’s attorneys filed a civil action against Cenlar in the Worcester Superior Court. 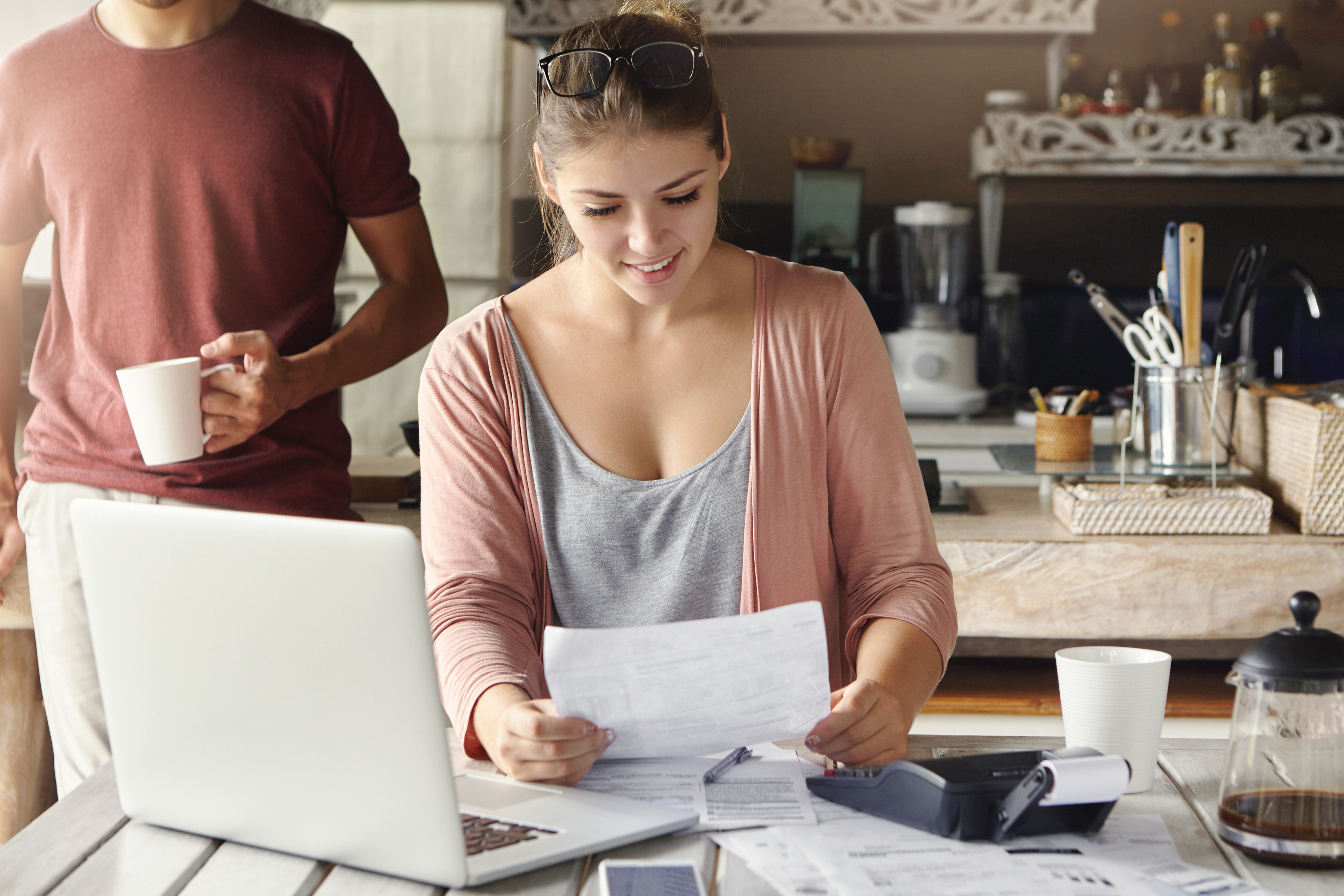 The complaint alleged that Mr. Gemborys was not the sole party affected by Cenlar’s practices but that there was a group of unknown size affected by Cenlar’s violation of Massachusetts law. This group is known in legal terminology as a class and forms the basis of a class-action lawsuit. Membership in the class-action was in the complaint as meeting all of the following criteria:

Move to Federal Court and Settlement

Cenlar responded to Mr. Gembory’s complaint by alleging that they did not call Mr. Gemborys directly, nor did they use the alleged tactics with any borrower who resided in Massachusetts. Cenlar’s attorneys argued that a change of venue to federal court was necessary as the potential class-action would exceed the $5 million thresholds for doing so. A federal judge agreed, and the case changed venue to the United States District Court of Massachusetts.

Before the case could go to trial, Mr. Gemborys, the class members, and Cenlar came to a settlement. Cenlar agreed to pay into a $612,500 settlement fund to be equally dispersed to members of the class. The settlement money will be used for the plaintiff’s legal fees and to compensate the class members for their inconvenience per the law. The Lemberg Law LLC estimates that there are 11,699 eligible members of the class and that each member can be compensated $52. Mr. Gemborys received $10,000 as is customary for the first to bring the complaint about the class. In return, Cenlar does not admit to any guilt or that they violated Massachusetts law. The lawsuit is considered settled pending final approval by the Court.

If you liked this article or would like to read more about current lawsuits and settlements, check out our other pages on State of the Suit.

Question: Can I become a member of this class-action lawsuit?

Answer: Unfortunately, if you did not join before April 20, 2021, you can no longer join. In class-action lawsuits, there is almost always a time limit for potential members to join the class. This is done out of fairness to the defendant so that the issue can be settled and does not continue indefinitely. In this case, the parties agreed to a one-year time limit which started when the agreement was signed on April 20, 2020.

Question: How can I benefit from this class action?

Answer: If you are already a member of the class, you should receive benefits from the class action. You can use the settlement money to pay for legal expenses related to your class-action claim. You are also entitled to an estimated $52 in compensation or more if there are fewer members in the class than initially estimated. The payment of this money is contingent on the final approval of the settlement agreement by the Central District of Massachusetts. A good resource to consult is the Gemborys v. Cenlar class-action website; it contains an abundance of information about the class-action and updates about the status of the case.

Question: What if I believe that I qualify for this class action, but I missed the deadline?

Answer: In general, class actions lawsuits are designed to combine several separate lawsuits into one. That being said, you may still be able to bring a case against Cenlar, but it all depends on the facts of your specific experience. Legal professionals with a background in consumer protection are the best resources to tell you if you have a claim against Cenlar or a similar debt collector for their practices.

Question: What if I believe I was a target of these practices?

Answer: If you believe that you are a victim of these collection practices, you should contact a law firm that practices consumer protection. It would not hurt to read up on your state’s consumer protection laws. It may be the case if you live in Massachusetts or a state with similar laws that you have more protection than what is available to a resident of another state. Even if this is not the case, it may be worth reading Cornell Law School’s summary of the Fair Debt Collection Practices Act or similar reliable websites that digest the law into common terms.

Question: Are there more cases like this in Massachusetts?

Answer: Yes, there is a multitude of current and past cases in Massachusetts which involve consumer protections. In 2019 plaintiffs won a class-action lawsuit against the Target Corporation for similar debt collection practices. The plaintiffs won a settlement for $2.3 million for violations of Massachusetts law.

Question: Is Cenlar involved in any other lawsuits?

The Better Business Bureau has an F rating for Cenlar as of the publication of this article. Better Business Bureau also has over 1,000 complaints lodged by its members against Cenlar. This does not mean that all of those complaints resulted in legal action. However, there may be legal causes of action that arise from such complaints. As always, if you have a complaint is best to do a little research and contact an attorney familiar with consumer protection laws in your state.