Approximately 65% of U.S. women prevent pregnancy by using contraception. And one out of every 10 women opts for long-acting reversible contraceptives (LARC), including intrauterine devices (IUD). IUDs can be considered convenient, as they don’t require any maintenance. You have a medical professional insert it, and then you can essentially forget about it until it’s time for removal, assuming you don’t face any complications.

Unfortunately, there are a lot of risks associated with IUDs, many of which patients don’t know about – possibly because the information hasn’t been made public at all. Paragard IUD, a copper alternative to hormonal IUDs, has thousands of lawsuits from patients who say they’ve been injured by the product.

Paragard IUD lawsuits claim that the device has a tendency to break upon removal, leaving parts of the IUD in the body that are difficult or impossible to remove, sometimes leading to severe injury. Furthermore, the lawsuits claim that while the manufacturer knew about this problem, adequate warnings were not released to medical professionals or the public.

Paragard isn’t the first IUD that’s faced lawsuits. In 2018, the Bayer company settled 4,600 claims with a $12.2 million payout. Claimants said that Bayer’s Mirena IUD perforated their organs and migrated to other parts of the body.

In this article, we’ll talk about the Paragard IUD and its side effects, the lawsuits brought against it and the injuries some patients have experienced, and what to expect if you think you have a Paragard IUD lawsuit on your hands.

What is the Paragard IUD? 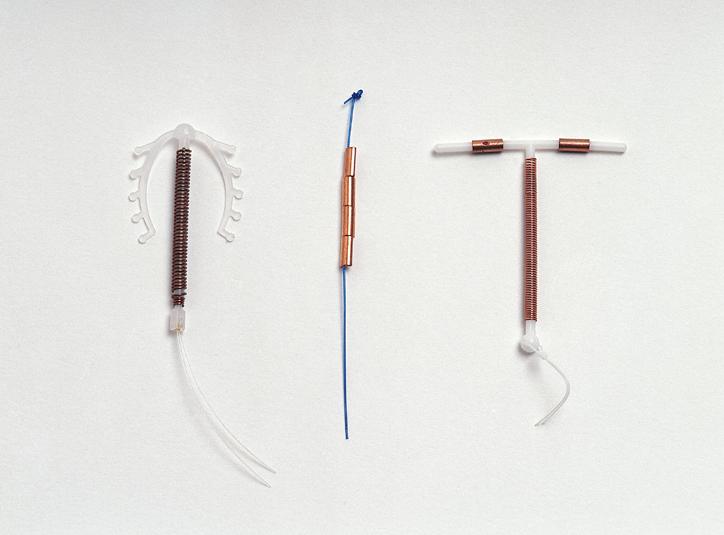 The Paragard IUD is a small plastic and copper intrauterine device that’s shaped like the letter “T” and is approximately the size of a quarter.

Copper is used to preventing pregnancy instead of hormones, which are common in other IUDs and many forms of birth control. That’s the main draw for women who don’t want the side effects of hormonal birth control. However, women with an allergy to copper are advised to use another type of birth control or IUD.

The procedure to implant the IUD is non-intrusive. For many patients, the pain after insertion doesn’t last long – though, for other patients, it can be more painful even if the procedure is considered successful.

Once medical professional implants Paragard into the patient’s uterus, it can prevent pregnancy by over 99% for 10 years. Some patients opt to have it removed before that 10-year span is up.

Paragard was approved by the United States Food and Drug Administration (FDA) in 1984. The Paragard IUD has not had a recall for breakage problems, and it’s still on the market today.

There are a number of unpleasant side effects that are considered common with the Paragard IUD:

Furthermore, the IUD can also cause pelvic inflammatory disease, which is when the uterus or other reproductive organs are infected. This is most likely to happen within 20 days of insertion. Typically, antibiotics are used to treat the infection, but an infection can lead to life-threatening or life-changing conditions such as chronic pelvic pain, ectopic pregnancy, infertility, and even death.

Also, copper intrauterine devices have a higher likelihood of expulsion than other types of IUDs. When the IUD is partially or completely expulsed, its birth control is ineffective, and surgery could be required to remove it.

Removal and Related Risks of the Paragard IUD 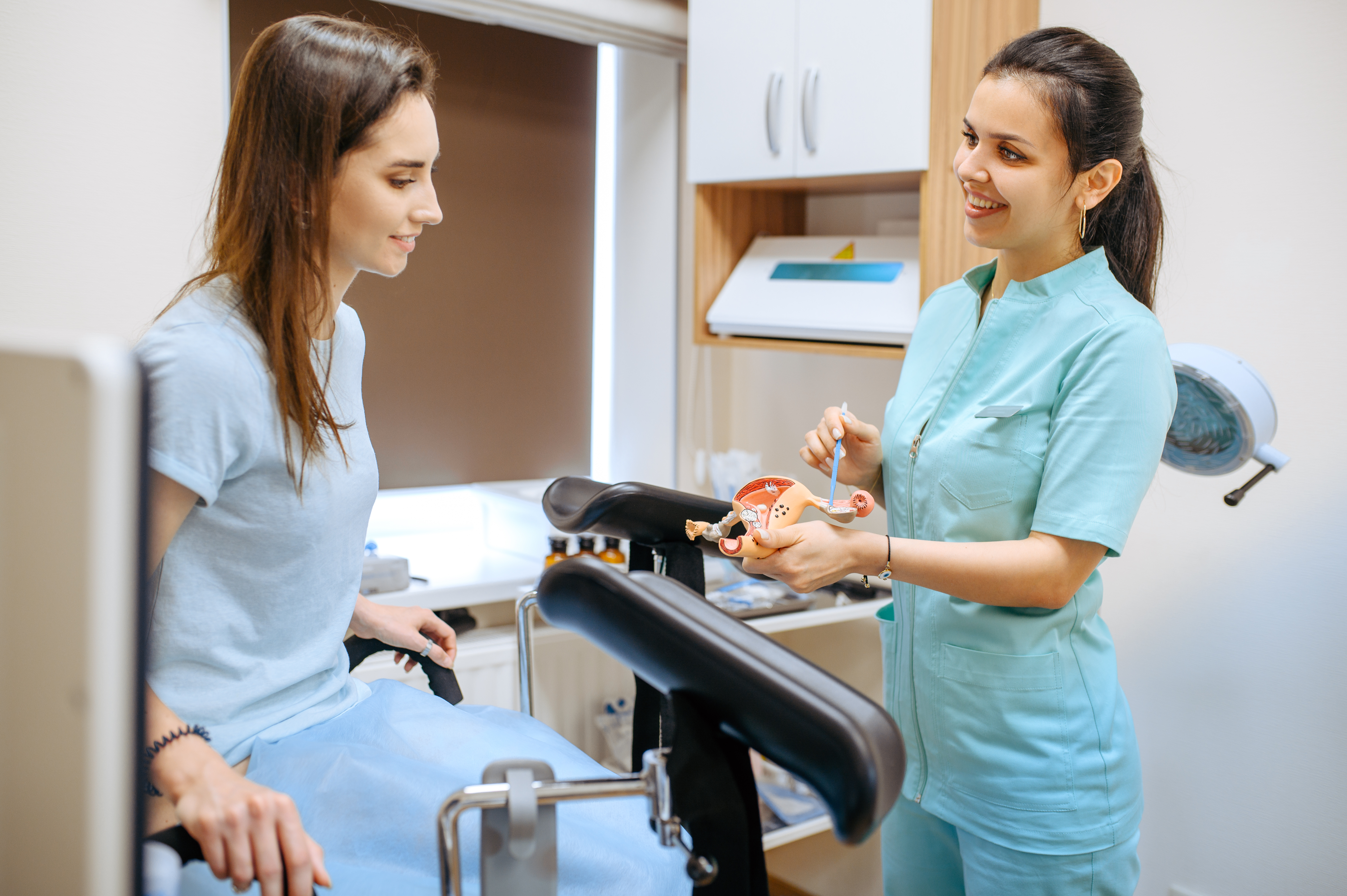 The Paragard IUD is meant to be removed by a medical professional. The procedure is non-surgical and is typically done during a regular office visit. It should only take a few minutes to complete. The arms of the IUD are meant to fold up when removed instead of remaining in the “T” position.

According to some patients, the Paragard IUD broke inside of them when they had it removed, and this breakage caused injuries. Upon breaking, pieces of the IUD were left in the body, requiring surgery to remove and to treat complications.

In 2019, the FDA sent a warning letter to Paragard’s manufacturers stating that the IUD’s ads didn’t adequately tell patients about potential risks.

An Overview of Paragard IUD Lawsuits

The lawsuits allege that the Paragard device is defective. Its manufacturers did not warn the public or medical professionals about its risk of breaking and injuring the patient, even though those risks were known. Claimants are seeking financial compensation for lost wages, medical bills, and other damages.

The Multidistrict Litigation Against Paragard 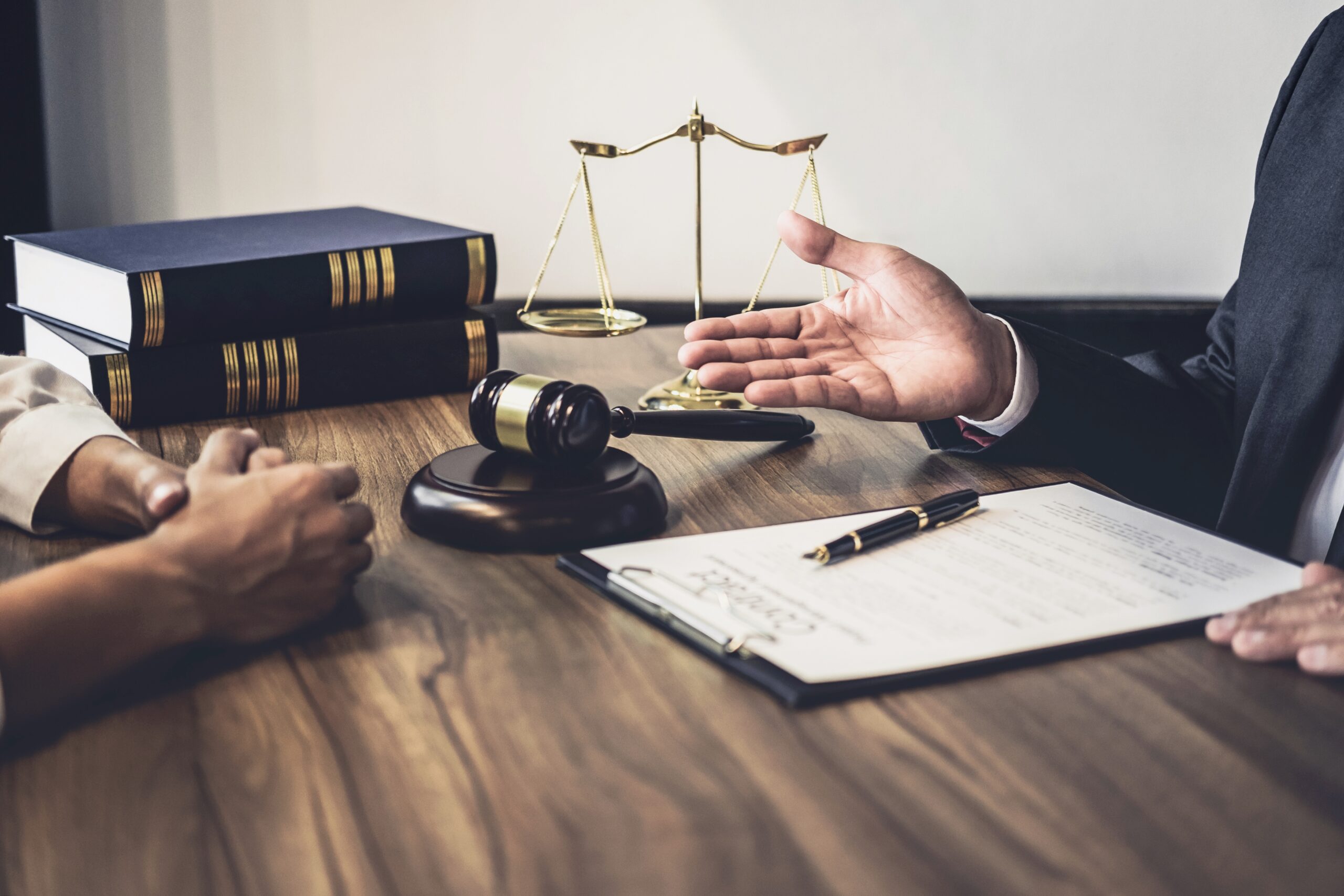 There is no active class action lawsuit against Paragard. Instead, lawyers are filing on behalf of their clients. In December of 2020, the Judicial Panel consolidated dozens of national lawsuits on Multidistrict Litigation (MDL) in the Northern District of Georgia, under Judge Leigh Martin May. Since then, more than 100 cases have become part of the MDL.

While many cases have been consolidated, each case is technically an individual one, and each claimant still has their own lawyer. With an MDL, not every case will go to trial. Instead, certain cases will go to trial, and their outcomes will inform both sides of the lawsuit about the value of the case and possible settlement options.

The Carley Tredway Suit Against Paragard

Tredway had the Paragard IUD inserted in 2008. When she went to have it removed in 2018, the doctor followed the IUD removal instructions. However, one of the IUD’s arms stayed in the uterus. The doctor attempted to remove the arm via hysteroscopy one month later.

The lawsuit says that Tredway and her doctors did not have any warning about the risk of IUD failure or injury, including during removal.

The Georgia Bowers Suit Against Paragard 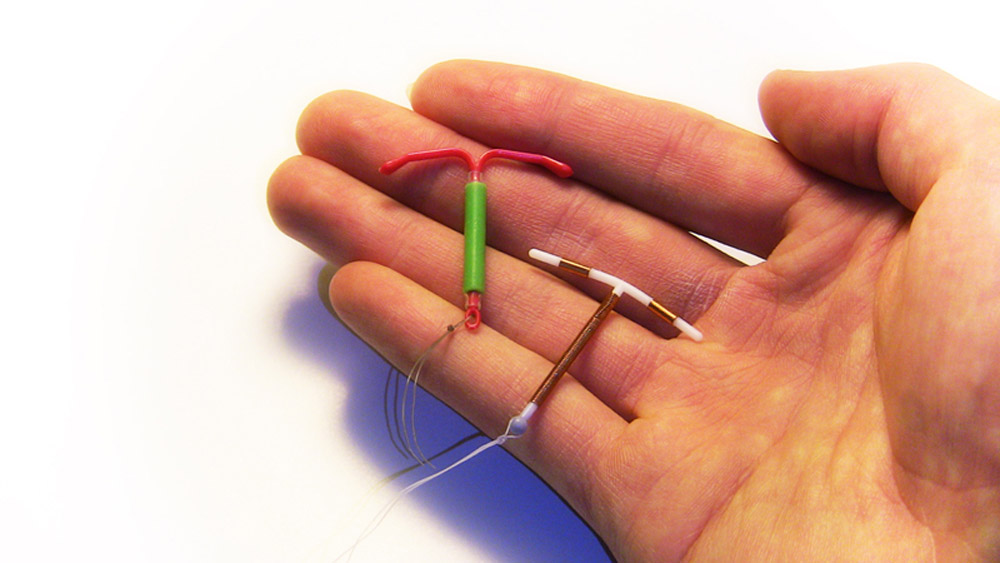 In September 2020, Georgia Bowers filed a lawsuit against Teva and CooperSurgical.

After getting Paragard inserted in January 2017, she went to the doctor to have it removed in September of that year. An ultrasound showed that the IUD was not positioned correctly.

The doctor followed the IUD’s removal instructions, but only a portion of the IUD was retrieved, and one arm of it was missing. The doctor attempted to remove the broken pieces via colposcopy, but the procedure was not successful.

According to Bowers’ lawsuit, Teva knew that there the product had a high risk of arm breakage and other problematic events, but it continued to manufacture, market, and sell the IUD.

Filing a Lawsuit Against Paragard

If you think you have a case against the Paragard IUD, your lawyer will consider the following:

When it comes to medical device cases, such as Paragard IUD lawsuits, there are several damages that claimants may seek: 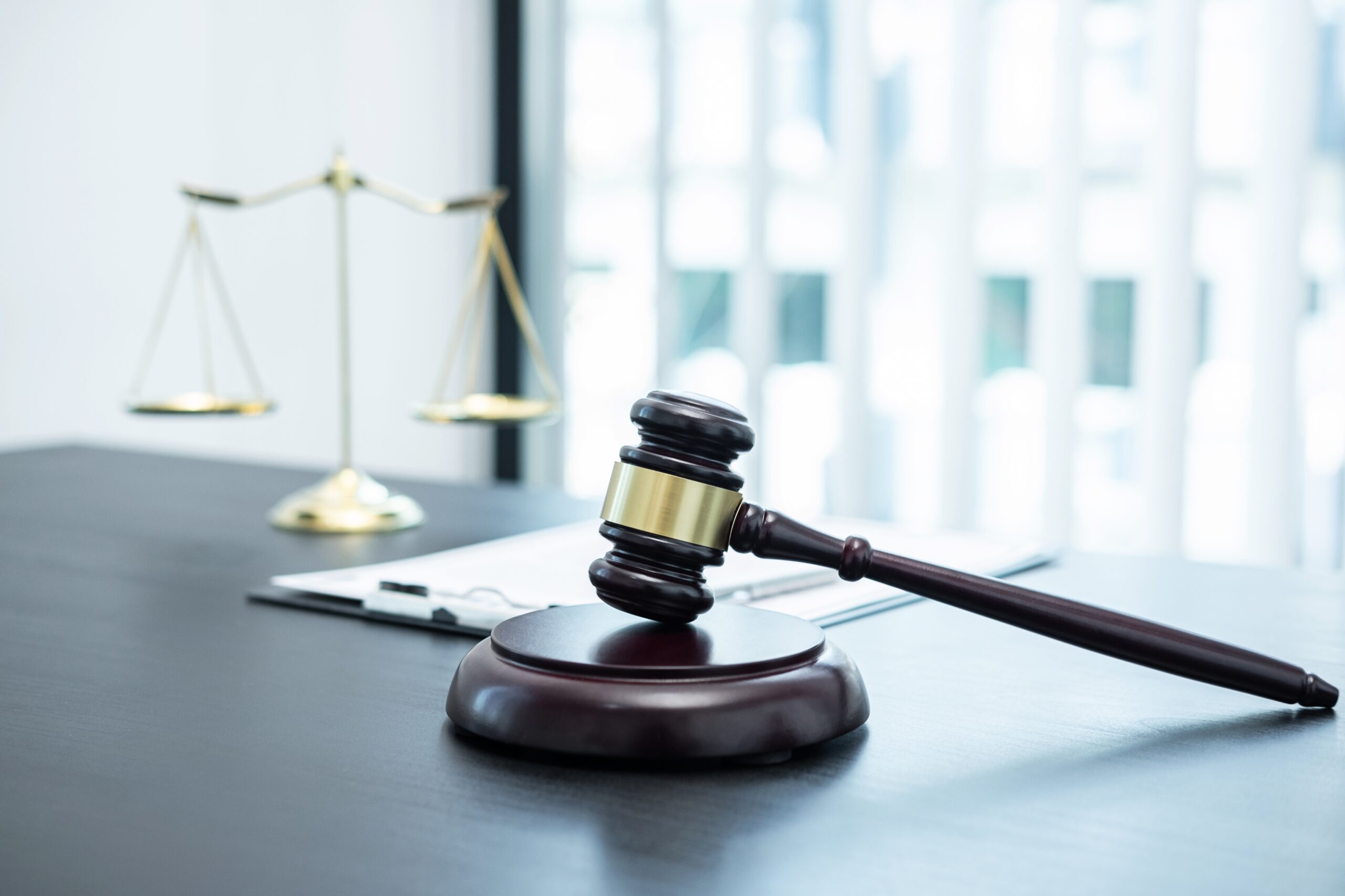 Question: Is there a recall on Paragard?

Answer: No, as of this writing, there is not a recall on the Paragard IUD.

Question: How common is copper toxicity from an IUD?

Answer: While there are cases of supposed copper toxicity from an IUD, this is an extremely rare occurrence. It’s slightly more likely in people who have a pre-existing condition that impacts how well the liver can process copper and other minerals.

Question: How do you know if your IUD is out of place?

Answer: The best thing is to check for your IUD strings once per month. If they feel the same and like they’re in generally the same place, then your IUD is most likely still in place. If you can’t feel the strings and/or if you have pain, heavier bleeding than normal or abnormal bleeding, severe cramping, fever, and/or abnormal discharge, it’s best to see a medical professional.

To recap, the Paragard IUD lawsuits claim the following:

While there isn’t a class action lawsuit at the moment, several cases have been consolidated into an MDL.

3. The Legal Examiner: Paragard IUD Injuries Lead to Lawsuits Across the U.S.

5. The Femedic: We Need to Talk About IUDs and Copper Toxicity

6. WebMD: Signs Your IUD Is Out of Place